I must admit, when I started my genealogy research many years ago, I didn’t think about what I would do when the time came to communicate with those of my family members who live in Mexico.  Here are my top 5 tips on researching your family history when you don’t know the language.

Top 5 Tips on Researching your Family History When You Don’t Know the Language.

TIP #1 – I was recently faced with that dilemma a few weeks ago.  I had met on Facebook, a cousin who lives in Zacatecas, Mexico.  She didn’t speak English and I do not speak Spanish (nor write) very well.  So what did I do?  Well with the help of Google Translate, I was able to converse with this cousin via Facebook Messenger.

When I needed to say something to my cousin, I would type in the Google Translate box on the left and set it to English and set the box on the right to show the translation in Spanish.  I would then copy and paste it into the Facebook Messenger window and press enter.

When my cousin would say something that I would need to translate into English, I would copy and paste what she wrote into the box on the left of the Google Translate window and it would automatically detect the language it was written in and translate it to English in the box on the right.

It was a little time-consuming, but when you don’t know the language well, it is very helpful.

Tip #2 – When it comes to Mexican genealogy research, it is difficult to find documents online.  I have found several on both Ancestry.com and on FamilySearch.org, but it is just a tip of the iceberg when it comes to all of the documents available in the different Parish repositories.  So as a genealogist researching in Mexico, I have to write letters in Spanish to several repositories in Mexico requesting documents.  It is helpful that the Family History Library in Salt Lake City, Utah has a Letter-Writting Guide – Spanish.  You can download the .pdf copy here.

This guide gives you a lot of examples on how numbers, dates, months, years are supposed to be spelled in Spanish.  What I really like about this Letter-Writing Guide is that it gives you Genealogical Request example paragraphs in English then show you the Spanish translation.  It is so helpful and takes the pressure off of me to find a friend who excels in Spanish to translate my letter for me.  This alone is worth the download.

Tip #3 –  This next tip is another one that is just a worthy as the first two.  The Spanish Extraction Guide is a .pdf document that helps the genealogist to understand, read and write Spanish by offering basic principles, examples, and practice exercise in topics such as Christening Entries, Marriage Entries, Elements of Spanish Handwriting Style, Distinguishing between Given Names and Surnames, and even including a chapter on Dates.  You can find the seven chapters to be downloaded here:  Spanish extraction Guide.

Tip #4 – Word List.   A word list is a list of general genealogical terms and their translation into the language you are researching in.  For the Spanish word list, it can be found on the FamilySearch.org’s Wiki and you can find it here.

Tip #5 – Listen or watch Spanish TV/Radio.  Yes, this does help you understand the Spanish language.  I am a second generation Mexican-American.  My parents were born in Los Angeles, but both sets of grandparents were born in Mexico.  So my parents both grew up knowing Spanish and when the family would get together, they would speak to each other in Spanish, but would speak to us kids in English.  Although I heard Spanish growing up, I cannot hold a basic conversation in Spanish.  It is my belief that I understand Spanish better because of hearing it as I was growing up.  You may or may not understand Spanish like I do, but you will start picking it up faster, you will start to read and pronounce it better when you are regularly reading/listening to it.  I am a firm believer of this.

So there you have it, my top 5 tips on researching your family history when you don’t know the language.  Do you have any tips that I missed?  Comment and let me know. 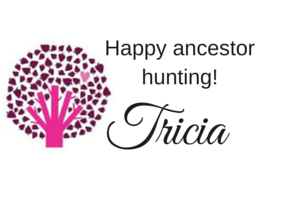 This site uses Akismet to reduce spam. Learn how your comment data is processed.

Follow me as I take my journey back in time, researching my family history through the US states of MI, MO, CT, TX, AZ, CA, and the country of Mexico.

I am a proud member of the following groups and associations:

I am a proud supporter of the following groups